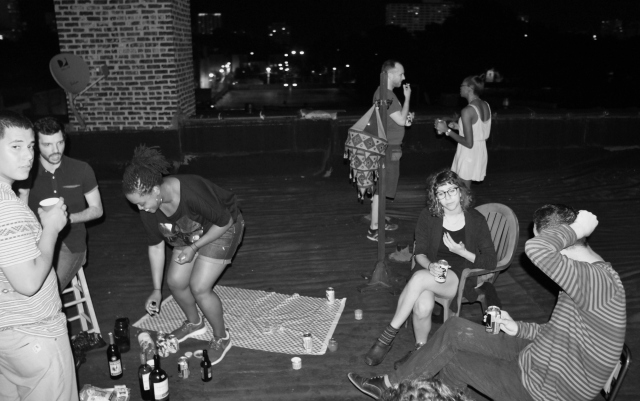 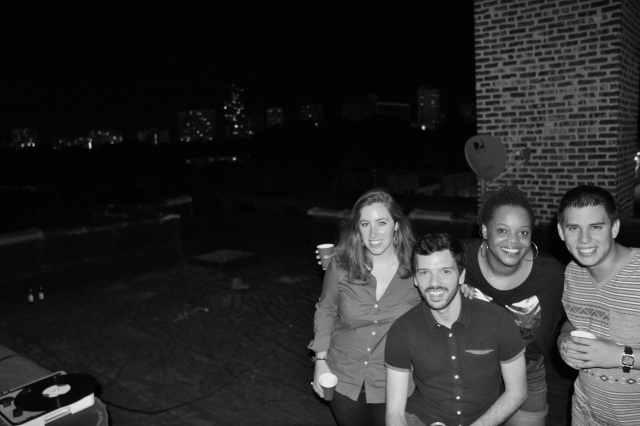 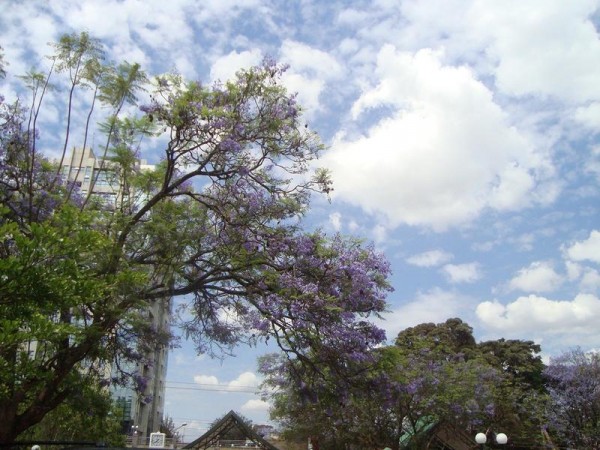 While walking along the harbor on Lake Michigan today I though of my other favorite lunch walk.

Though various parks and downtown Lincoln were all restful, and the Vatican was out-of-control exciting, the most poignant lunch-walk I’ve made a habit was along Jacaranda Road, in Nairobi, Kenya.

Busy Gitanga Road, where my refugee office sat, with its two-lane traffic that cut each other off along the dirt sidewalks we trudged along, was forgotten in this fenced-off neighborhood full of Safari-vehicles and upper-crust schools, homes and the most stunning trees and plants I’ve ever seen.

Of course there were violet Jacaranda trees, and so many others too–pink, red, yellow foliage.  I didn’t know trees came in those colors.  I explored them every day during the noon hour, in-between writing about refugees and editing photos.

I wasn’t in Nairobi long enough to feel like I ever had it figured out.  It would be so odd now to go back, as now at nearly 4 years ago, it feels like an unreal dream of another world.

In this busy city, the thought of sitting in a courtyard at night with a cat and a Tusker beer, listening to a 65-year-old German Jesuit snore in his room, is pretty absurd.

Every now and then though, I’ll get caught up in heavy traffic or in the underground of Michigan Ave. and the smell of diesel takes me back.

Diesel and fires burning next to the street.  They are the smells of Nairobi.  I hated it, then.

Now every time I smell it I catch myself breathing in more deeply.  A little pollution–smells like nostalgia. 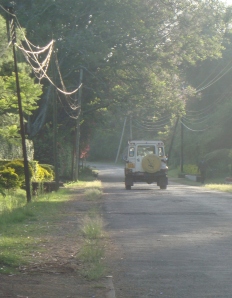